London-based duo Jamka return with Inter Alia, the latest evidence of their patient, intimate relationship with their analogue machines. From the start there’s a sense of event – we encounter clear, interlaced electronic textures, powerful analogue drones and well-placed beats.

aren’t soundscapes so much as fertile electronic soundfields.

On the tight and minimal Anazmo, the coiled energy bears traces of minimal techno and radical electronica, but it’s beyond either of these. While the album passes quickly, it’s full of detail and the thoughtfulness and craft that have gone into it are evident.

Dwa offers the chance to appreciate the flow and the sheen of its analogue textures – the modernist romance of the power line hum and its promise of technological-cultural progress.

Jamka are known for their dynamic live performances and this energy is almost tangible on Derazor.

The stately Igora is a strong, bold close to the album, offering surprises right till the end. The sharp, metallic details ripple through the mix and an anthemic sequence shines through.

makes clear that Jamka are worthy inheritors of Slovakia’s proud late modernist traditions of radical architecture and electronic music. This is a work of craft that demands respect and repeated listening. 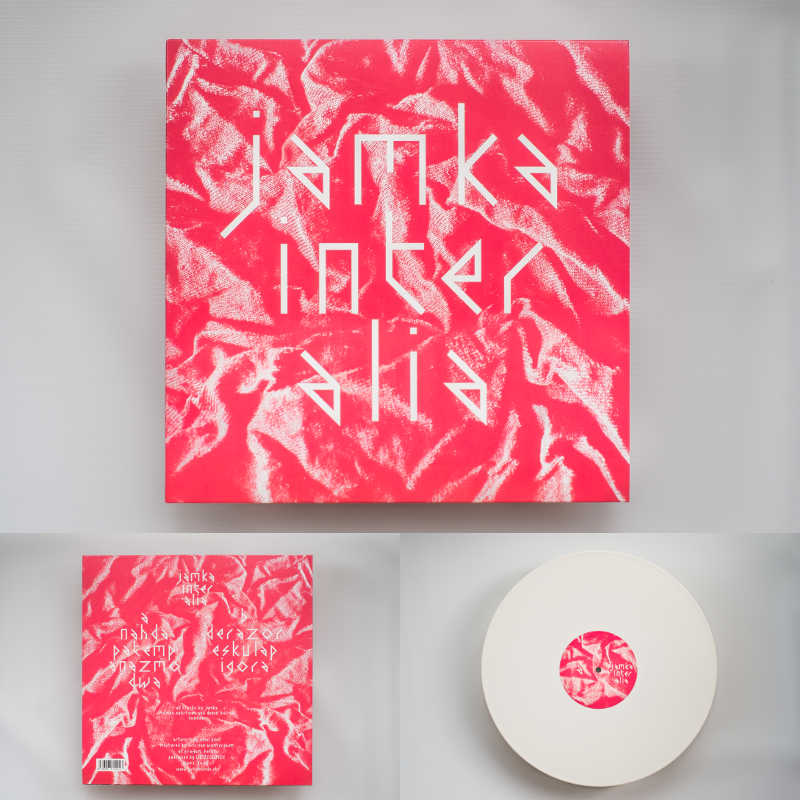 all tracks by Jamka – Monika Subrtova and Daniel Kordik
artwork by Nihal Yesil
mastered by Eric van Woterghem at prodam.berlin

Buy directly from label shop here, or from our bandcamp page.